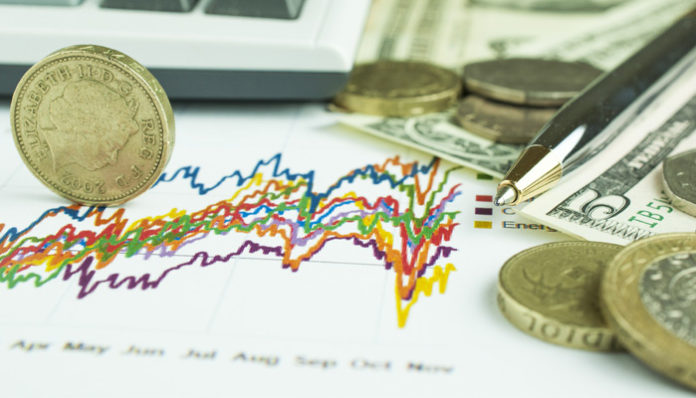 The pound might have slipped below the 1.41 barrier against the dollar, having touched a two-month high on Tuesday, but economic indicators were still painting a positive picture yesterday. The latest RICS Housing Price Balance survey showed buyer demand remained firm throughout the market in April, while the supply of properties being listed for sale slowed. Consequently, survey participants highlighted this disparity between supply and demand as an influential factor in driving up house prices across all parts of the UK. Participants reported a strong uptick in buyer demand and new buyer enquiries. Newly agreed sales also rose during April, with near term sales expectations remaining upbeat nationally.

The survey’s headline measure of house prices jumped again during April, with 75% of participants highlighting an increase in prices – up from 54% in March and surpassing economists forecast of 62%. What’s more, all UK regions are now experiencing a sharp pick-up in house price inflation.

Bank of England Governor Andrew Bailey addressed an event with members of the public on Thursday, saying the central bank does not think the factors that will cause inflation to rise in the coming months will persist, but it will monitor the situation closely.

“So the really big question is: ‘Is (higher inflation) going to persist or not?’ Our view is that on the basis of what we’re seeing so far, we don’t think it is,” Bailey said yesterday.

By this morning, the pound vs dollar rate remained at 1.40.

Further evidence of rising US inflation

The dollar remained flat yesterday after the Labor Department reported further evidence that inflation is rising in the US, following CPI data on Wednesday showing consumer prices increased to near 12-year highs in April. The Producer Price Index (PPI) rose 0.6% last month after jumping 1% in March. In the 12 months through April, the PPI rocketed 6.2%, which represents the biggest year-on-year increase since the series was remodelled in 2010 and followed a 4.2% jump in March.

The inflation readings have increased bets that the US Federal Reserve could hike interest rates sooner than forecast. Dollar activity was muted, suggesting most investors believe Fed policymakers will stick to their guns. According to Fed Vice Chair Richard Clarida, disappointing labour market growth and strong inflation in April had not altered the central bank’s plan to persevere with loose monetary policy.

A slew of data is scheduled for release from the US economy today, including Retail Sales for April and the Michigan Consumer Sentiment Index for May.