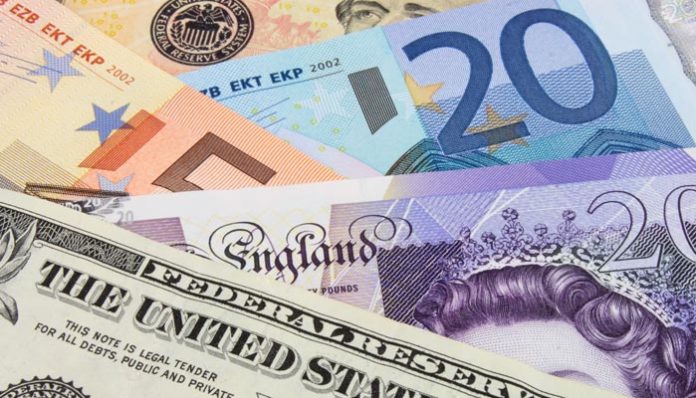 The pound plummeted to its lowest level in five months against the dollar on Monday. The sharp drop in value came even as most Covid restrictions were finally lifted In England, having been delayed in June. Instead of economic optimism on what was dubbed “Freedom Day”, a cautious tone swept through global markets as investors fretted over the possibility of a heavily inoculated country like the UK succumbing to another wave of Covid-19. This caused them to seek shelter in the safe-haven dollar as a risk-off mood prevailed.

Britain, which has the world’s seventh-highest death toll from the virus, is contending with a new wave of infections. However, Prime Minister Boris Johnson is lifting most restrictions in England as the government moves to step 4 of its roadmap out of lockdown. Johnson tempered excitement about the highly anticipated day by urging the public to remain cautious.

Jonathan Haskel, an external member of the Bank of England’s Monetary Policy Committee, has said he believes it’s too soon to contemplate raising the cost of borrowing. His comments around interest rates contrasted with colleagues who say they may need to rise soon. Haskel believes the spread of the Delta variant of Covid-19, combined with the termination of government support schemes, should keep the central bank risk-averse.

Speaking in an online webinar to the University of Liverpool Management School Haskel said: “The risk of a pre-emptive monetary tightening curtailing the recovery continues to outweigh the risk of a temporary period of above-target inflation. For the foreseeable future, in my view, tight policy isn’t the right policy,”

The UK property boom continues to gather pace across the nation, with the average asking price hitting a fresh record high (£338,447) for the fourth month in a row. Compared last month, the average asking price has risen by a whopping £2,374 in July – this represents a monthly change of 0.7%. According to Rightmove – the UK’s largest property site – the first six months of this year saw 140,000 more sales being agreed and 85,000 fewer new listings than the long-term average – the busiest ever first half of a year, with properties in short supply.

This morning, the pound vs dollar rate continued its slide deeper into 1.36 territory.

The dollar was in the groove on Monday as the spread of the Delta variant of Covid-19 gave investors jitters about the global economic recovery, causing them to flock to the safe-haven. Without any notable data from the US economy to trip it up, the coast was clear for the dollar to make an uninterrupted surge higher.

With the UK’s economic calendar empty on Monday and Tuesday, investors in the pound must wait until Wednesday for the next piece of data when Public Sector Net Borrowing figures for June are released. The first influential economic indicator arrives on Thursday evening when the GfK Group Consumer Confidence Index for July hits the headlines.

The first influential economic indicators from the US economy are slated for release today: Building Permits and Housing Starts – both for June.