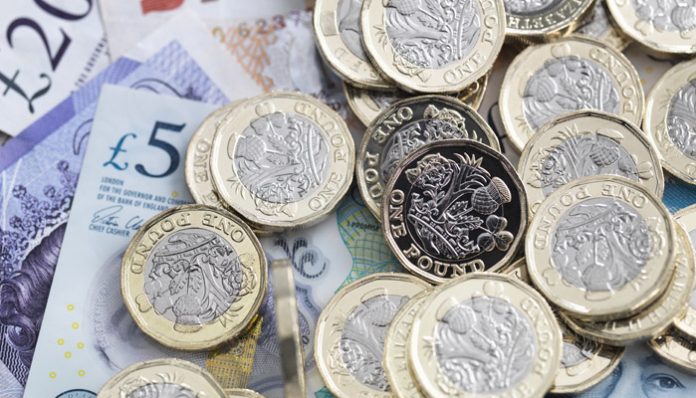 The GBP EUR exchange rate was higher on Monday to buck two previous days of losses. The pair rallied 0.39% from the 1.1650 level and that will be near-term support. The day was quiet on the data front and the German economy will dominate the economic releases this week starting today with GDP for Q2.

Germany will see the release of a final reading for third quarter GDP today and that will start the week off for GBP to EUR.

Europe’s largest economy struggled compared to other large economies in the bloc as supply chain shortages dampened production in vehicle industry. Despite that, the German finance ministry said the economy was on track for a stronger recovery in Q3 and that has boosted the outlook for the euro.

The finance ministry said in its monthly report that sentiment and forward-looking indicators showed “unbroken optimism” among businesses and high activity in the economy over the summer. The reopening of the economy and lower virus cases has boosted household spending leading to booming retail sales in May and June, according to the ministry.

The recovery has also lifted tax revenues, though tax revenues from January to July are still 1.7% lower compared to the same period in the pre-virus year of 2019, the ministry said. The latest GDP confirmation could boost the euro if it is revised upward.

Consumer confidence numbers and PMI data dipped for the Eurozone but that is from a high level historically, as the reopening bounce starts to taper off and normalize. Analysts are still hopeful of another 2% q-on-q GDP number for the third quarter, but that is still trailing the UK economy.

UK sees a 54% rise in virus fatalities for the week

The pound sterling is vulnerable to the virus as the latest data has been priced into the currency.

Forty Covid deaths have been noted in Britain on Monday, according to government data, which is a rise of 54% from a week ago. Over 31,000 cases were also reported for the period.

Meanwhile, Britain has ordered 35million doses of the Pfizer coronavirus to use as boosters next year. The jabs will arrive in the second half of 2022 and ‘future proof’ the country against the virus and variants, the Department of Health said.

Health Secretary Sajid Javid said the additional doses, which are enough to top up half of the population, are to ensure the country ‘remains ahead of the virus for years to come’.  The NHS is already preparing for its first Covid vaccine booster rollout next month, which will run alongside a national flu jab programme.

The new purchase of 35 million fails to account for the latest research that says the likes of the Pfizer jab is less efficient against variants.

The GBP v EUR will see three German data releases this week which could boost the euro.