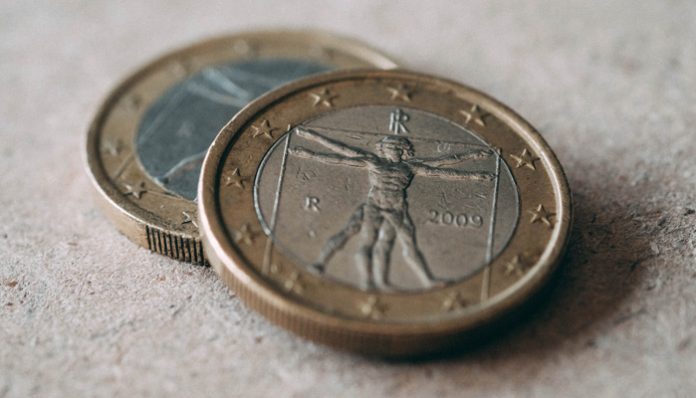 The GBP EUR exchange rate was higher by 0.28% on Tuesday with the pair touching the 1.1900 level. A recent slowdown in the European economy is seeing rate hike bets in the pound sterling. The UK will also see the Autumn budget delivered by Rishi Sunak today. UK virus cases have bene predicted to fall in coming weeks and that has also supported the pair.

The GBP to EUR was trading at 1.888 ahead of the chancellor’s announcement.

UK ‘plan B’ could cost the country up to £18 billion

Introducing the government’s Covid Plan B for up to five months would cause up to £18bn of economic damage, a leaked document has revealed.

Businesses would be the hardest hit by tougher restrictions, as millions of workers revert back to home working, the report found. The latest projection comes after it was revealed that mandatory home working could cost the economy £30bn a year.

Prime Minister Boris Johnson has also been warned that implementing controversial Covid passports would have a minimal impact on transmission but would have a “high impact” on the economy and worsen the supply chain crisis.

The warnings were delivered by the Cabinet Office task force and leaked to the public. Opposition party members in the Labour and Liberal Democrat camps have been pressing the government to implement the plan B measures.

That would have been a hasty move as the SAGE data is showing that infections may have peaked last week.

UK inflation expectations at their highest since 2008

The UK public’s expectations for inflation over the next year have jumped to the highest since 2008 this month, according to Citi.

This latest figure comes ahead of the Bank of England meeting next week. Expectations for inflation over the next 12 months rose to 4.4% in October from 4.1% in September, Citi said, based on its monthly survey.

But expectations for a range of five to 10 years’ time have dipped to 3.7% from 3.8% in September. Inflation is rising globally as countries face the consequences of government virus lockdowns.

The Bank of England’s chief economist, Huw Pill, said last week that consumer price inflation in Britain could go above 5%, more than double the BoE’s 2% target.

Economists at Citi said the BoE studied a wide range of indicators when assessing inflation risks and the bank will have a timeline to tackle the recent surge.

“However, it is also unlikely to trigger a major dovish re-assessment either – especially with financial market measures continuing to increase,” Citi said.

Investors are now expecting a rate hike by the BoE on November 4th which would see the Bank Rate increase to 0.25% from its current all-time low of 0.1%.

Today will see the latest Autumn budget delivered by Rishi Sunak and the chancellor is expected to switch from defensive pandemic support, to offensive growth measures in his speech.