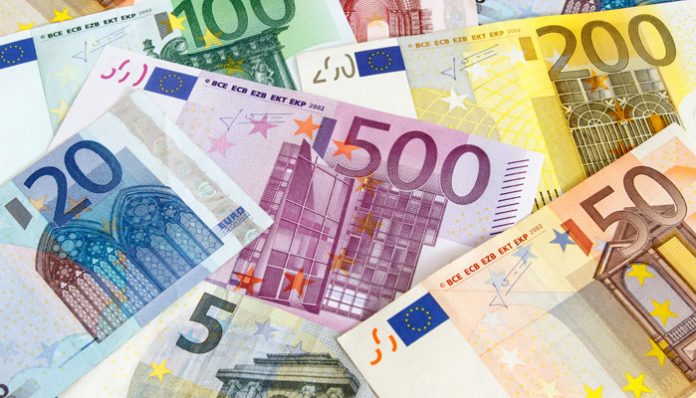 The GBP EUR exchange rate was 0.32% higher on Monday as traders continue to price in the prospect of a Bank of England rate rise this year. Investment bank Goldman Sachs added some fuel to the bond market moves with a projection of a November rate increase. Today’s inflation release for the UK economy could have a big bearing on the near path for the GBP v EUR.

The GBP to EUR trades at 1.1860 after setting new yearly highs on Friday.

The GBP EUR continues to power higher on the belief that the Bank of England are ready for lift-off on interest rates.

Traders are frantically adjusting their rate expectations in the bond markets and Goldman Sachs have suggested an earlier rate rise.

“While we view it as a close call between a November and December lift-off, we think the November meeting is slightly more likely given it comes with a press conference and updated projections within the Monetary Policy Report,” Goldman Sachs economists wrote.

The bank also said that they expect 3 rate hikes at alternate MPC meetings, taking the BOE’s benchmark rate to 0.75% by May, and 1% by the end of next year.

The market was reassured for months by the central bank that inflation was transitory and that rates would stay low into 2023 or 2024.

The BoE has now backtracked in the face of strong inflation and could move this year. Today’s inflation report will have an impact on the market’s expectations. The year-on-year rate is expected to stay at 3.2% but any change could drive the pound versus the euro higher or lower.

Rising virus cases heading into winter “suggest this peak could be as serious as the last”, the UK’s former chief scientific adviser has warned.

Sir David King made the comments a day after more than 49,000 cases were reported – the highest level since mid-July.

Cases hit a three-month high in the last week with the high numbers mainly being attributed to infections among schoolchildren.

“The disease is rising to another peak, and this peak could be as serious as the last,” Sir David told Sky News.

Professor Anthony Costello accused the UK government and advisers of being “silent” on the issue. Downing Street said on Monday that the winter months could be “challenging” and that it was keeping a “close watch” on case numbers.

However, it also said new infections were largely in line with predictions and that the vaccine program had “substantially” broken the link between cases, hospitalisations, and deaths.

Downing Street said they had no immediate plan for restrictions but would keep the prospect of ‘plan B’ winter action as an option.

The pound sterling versus the euro is now shrugging off case rates as traders assess the potential for the UK having more attractive bonds than the Eurozone in the year ahead and could attract investment flows.