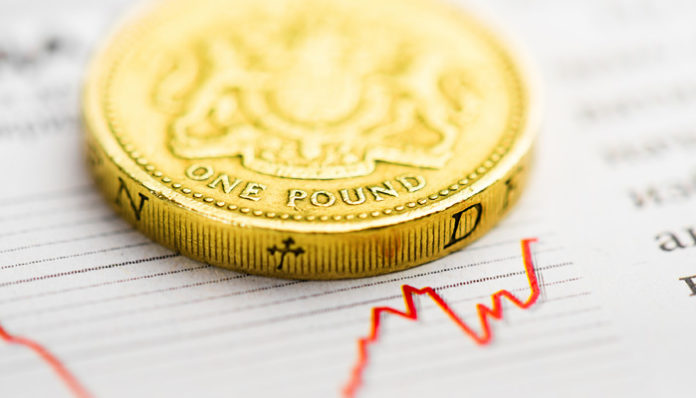 The pound extended its recovery against the dollar into the new week as it continued to benefit from a rebound in risk sentiment across global financial markets. This provided UK currency with enough momentum to break through the 1.36 barrier on Monday. However, a political cacophony of noise caused its rally to stall as the Conservative Party Conference entered its second day.

Top of the bill was Chancellor Rishi Sunak who vowed to cut taxes – but not before the country’s public finances are back on a “sustainable footing”. Making his first physical address at a party conference since he took over from Sajid Javid in February 2020, Mr Sunak praised the party for shoring up the economy during the austerity years, saying “strong public finances don’t happen by accident”.

Regarding his vow to cut taxes Mr Sunak said: “I believe in fiscal responsibility, and everyone in this hall does too. And whilst I know tax rises are unpopular – some will even say un-Conservative… anyone who tells you that you can borrow more today, and tomorrow will simply sort itself out, just doesn’t care about the future.” Adding: “Yes, I want tax cuts. But in order to do that our public finances must be put back on a sustainable footing.”

By this morning, the pound vs dollar rate had settled just below the 1.36 benchmark.

The safe-haven dollar was subdued on Monday as fresh concerns about China’s property sector and looming US labour market data – the closely watched Nonfarm Payrolls report is published on Friday – left investors in a cautious mood.

New orders for goods produced in the US gathered pace in August, indicating sustained strength in manufacturing – which accounts for 12% of the economy – despite an apparent easing of economic growth in the third quarter because of raw material and labour shortages.

Factory orders rose 1.2% in August, data from the Commerce Department showed on Monday, compared to the 1% rise forecast by economists. The figure for July was revised higher to show orders increasing 0.7% compared to the 0.4% gain previously reported. Orders jumped 18% on a year-on-year basis.

The Markit Services Purchasing Managers’ Index (PMI) for September is published in the UK today and is forecast to hold steady at 54.6 – a reading above 50 indicates expansion in the sector.

A raft of data is scheduled for release from the US economy today, including the ISM Services PMI and the Markit PMI Composite.