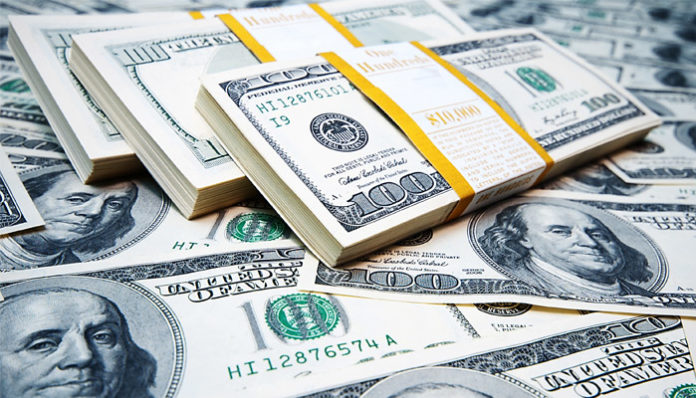 The pound was broadly unchanged on Wednesday morning ahead of the Bank of England’s (BoE) most unpredictable interest rate decision in years today – hovering around almost three-week lows versus the dollar.

Uncertainty surrounding the chances of the first interest rate rise since the onset of Covid-19 has dragged the GBP USD rate into 1.36 territory this week for the first time since mid-October.

Investors in the pound received mixed signals from a closely-watched UK business survey on Wednesday.

The recovery in Britain’s services sector got back on track last month, but businesses were buffeted by record cost pressures amid soaring inflation. The IHS Markit/CIPS UK Services purchasing managers’ index (PMI) posted a reading of 59.1 in October up from 55.4 the previous month – the strongest growth since July. A score above 50 signals growth in the sector.

All eyes were on events in the US on Wednesday as investors awaited the Federal Reserve’s expected announcement on tapering its pandemic-era stimulus.

A busy day stateside kicked off with two influential economic indicators – and it was good news for the US currency.

Private employment rose by 571,000 jobs in October after advancing by 523,000 the previous month, the ADP National Employment Report showed. The report added weight to other positive labour market indicators in October, leaving economists confident that overall job growth is on the right track, though ongoing worker shortages remain problematic.

The Institute for Supply Management’s PMI for the services sector – which accounts for more than two-thirds of US economic activity – jumped to 66.7 last month from 61.9 in September, which represents the highest reading since the series started in 1997.

Following the conclusion of the Fed’s two-day meeting yesterday, the central bank said it would start winding back its $120bn monthly bond-buying programme this month, marking a milestone for the economic recovery from the pandemic amid surging inflation.

The announcement brings the curtain down on months of debate among central bank policymakers about the level of fiscal support the world’s largest economy needs, as inflationary pressures start to be felt beyond the sectors most sensitive to the post-pandemic reopening.

The dollar’s muted reaction reflected the Fed’s assiduous approach to preparing investors for the scaling back of asset purchases and Chair Jerome Powell’s insistence that it’s too early to consider raising US interest rates, despite widespread inflation.

GBP USD edged to within touching distance of 1.37 following news of the US central bank’s monetary policy stance, before drifting lower again.

Following weeks of speculation, the BoE’s Monetary Policy Committee will finally announce today if it has voted to pull the trigger on interest rate hikes.

A clutch of influential data sets will be published in the US today: Goods and Services Trade Balance, Nonfarm Productivity (Q3), Initial Jobless Claims for the week ended 29 October, Unit Labour Costs(Q3).