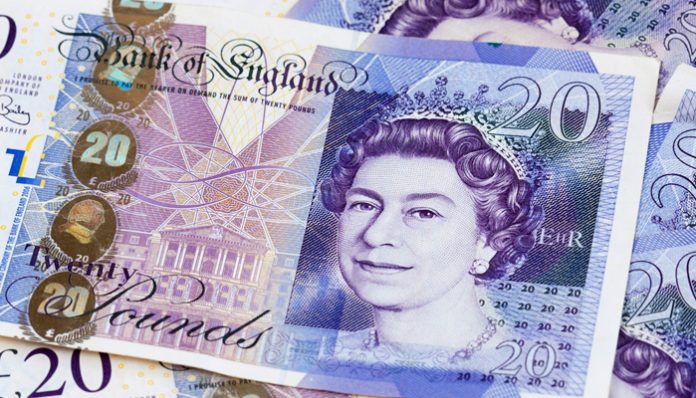 The pound slipped below the 1.34 benchmark against the dollar on Monday, which rallied following Jerome Powell’s nomination for a second four-year term as the Federal Reserve Chair.

President Joe Biden nominated Powell to remain at the helm of the US central bank, ending speculation over whether he would put forward Democrat, Lael Brainard who was nominated as Vice-chair instead.

Following the announcement, Mr Biden said: “While there’s still more to be done, we’ve made remarkable progress over the last 10 months in getting Americans back to work and getting our economy moving again. That success is a testament to the economic agenda I’ve pursued and to the decisive action that the Federal Reserve has taken under Chair Powell and Dr Brainard to help steer us through the worst downturn in modern American history and put us on the path to recovery.”

Further evidence that the US economic recovery is gathering momentum was provided on Monday by a monthly index designed to gauge overall economic activity and related inflationary pressure. The Chicago Fed National Activity Index jumped to 0.76 last month from -0.18 in September.

In the absence of economic indicators from the UK economy on Monday, investors in the pound were focused on whether the Bank of England (BoE) will raise interest rates at its December meeting. The UK’s central bank wrong-footed markets earlier this month by holding rates at a record low 0.1%.

Over the weekend, BoE Governor Andrew Bailey said he is concerned that inflation could be “elevated for longer” but there is also a chance that inflation will not be as persistent as expected.

“If the economy evolves in the way the forecasts and reports suggest, we’ll have to raise rates. Which, by the way, is entirely consistent with what I said in October,” he said.

Brexit headwinds continue to create resistance for the pound, with the London and Brussels unable to break the impasse over post-Brexit trade arrangements for Northern Ireland. Not to mention fishing disputes with France returning to the spotlight.

The Markit manufacturing purchasing managers’ index (PMI) and the Markit services PMI – both for November – are slated for release in the UK this morning. The economic indicator for the UK’s dominant services sector is forecast to trend marginally lower as the post-pandemic rebound normalises.

BoE Monetary Policy Committee member Jonathan Haskel is due to make a speech today, which investors will monitor for clues about the timing of interest rate rises.

The Markit PMI composite for November is released from the US economy today, which reports on the manufacturing and services sectors.