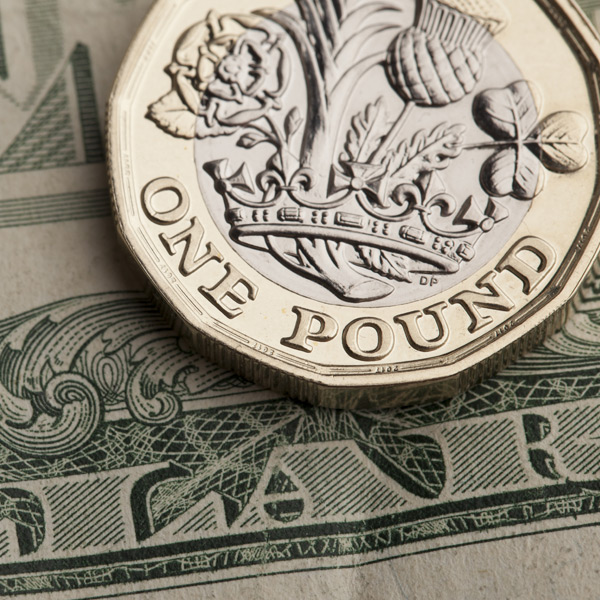 The pound was badly winded on Thursday after the Bank of England’s (BoE) much-anticipated interest rate decision dealt it a severe blow.

Despite strong hints and widespread speculation in recent weeks that rates would rise to 0.25% from a historic low of 0.1%, just two members of the nine-person Monetary Policy Committee (MPC) voted to increase borrowing costs.

The surprise 7-2 majority vote caused the pound to fall by more than 1% against the dollar to 1.3537, reflecting misplaced investor confidence of a rate hike before the announcement

Despite deciding not to pull the trigger on an increase in November, the BoE signalled that it will hike rates in the “coming months” to curb surging inflation.

When quizzed on when a rate rise might be actioned, BoE Governor Andrew Bailey said: “From now onwards.”

According to Mr Bailey, the MPC “spent many hours” mulling over its decision, adding: “The calls are close, they are quite hard. It’s a reflection of the position we’re in.”

By this morning, the GBP USD rate had sunk into the 1.34 range for the first time in over a month.

The dollar regained its footing on Thursday, applying even more pressure on the embattled pound.

The Federal Reserve announced on Wednesday a $15 billion monthly taper of its $120 billion bond-purchase programme, but Chairman Jerome Powell said he’s in no rush to raise interest rates.

The move initially lent support to risky assets, causing the safe-haven dollar fell drop in value against its major contemporaries – including the pound.

The dollar quickened its march higher on Thursday in the slipstream of upbeat data from the labour market: worker filings for unemployment benefits extended their gradual slide lower, approaching levels last seen before the Covid-19 pandemic.

First-time claims fell to 269,000 for the week ended 29 October, down 14,000 from the previous period and beating economists estimate for 275,000 claims, the Labor Department reported Thursday.

The all-important October US jobs report is slated for release today, hot on the heels of the November Federal Open Market Committee meeting. Investors are poised to shift their focus towards the question of whether the US jobs market is healthy enough to begin hiking interest rates next year. Economists expect the number of new jobs created in all non-agricultural business to advance to 425,00 in October from 194,000 the previous month.