The GBP AUD exchange rate added further gains 0.11% move to 1.8750. Boris Johnson will meet cabinet members today, but recent comments have shown hesitancy in adding any further restrictions. Australia is in a similar position with state leaders not showing their hand, but the pound sterling’s interest rate outlook will win in such scenarios of political stalemate.

The GBP to AUD has resistance above the 1.8800 level and could get there if the UK remains in Plan B restrictions.

Johnson to meet under pressure from NHS trust leaders

Further evidence was pointing to the Omicron Covid variant being milder, after comments from the World Health Organisation.

WHO Incident Manager Abdi Mahamud said that “more studies” were “pointing out that Omicron is infecting the upper part of the body” and not leading to severe disease such as pneumonia.

However, he told reporters that the variant’s high transmissibility means it will become dominant within weeks in many countries. His comments match those of scientists in the UK and South Africa, who have claimed the variant is up to 70% less likely to result in hospital admission than Delta.

However, a health boss said that hospital admissions due to Covid have “plateaued” in London but are rising across the rest of the UK.

Matthew Taylor, chief executive of the NHS Confederation, said there “may be a second peak after the new year” as figures showed admissions falling from a peak of 500 in the capital on December 29th.

Boris Johnson was set to make further announcements on Tuesday, but his official spokesperson gave hope that there will be no further restrictions.

“We know that admissions and occupancy are increasing significantly at the moment – we’re not seeing that same jump in beds requiring ventilation, which is pleasing, and almost certainly a function of both the nature of Omicron.”

Australian dollar weighed by its own virus data

The Aussie dollar was under pressure after a big surge in cases down under to record levels, which is also weighing on testing centres and hospitals.

Government is now telling asymptomatic citizens to avoid testing centres, where wait times have been pushed out to several days in some cases.

Political leaders in Australia have celebrated the high vaccination rollout and fewer deaths than other countries, but hospitalisations are now higher than at any other time during the pandemic. The recent number for hospitalisations was over 1,300 in the most populous state of New South Wales.

“The problem at the moment is that the lack of rapid antigen tests is completely hampering ‘personal responsibility’ and it is a frustration that is a glaring hole in the current management of COVID,” Chris Moy, vice president of the Australian Medical Association, said.

The Australian dollar is at risk from further restrictions, whether they are at the national level, or state-by-state. The country has only just seen borders reopening to select international visitors.

The RBA and the treasurer have both said recently that Omicron will not hamper the economy, but the current data could affect those predictions. 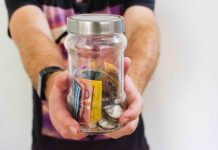 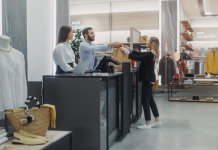 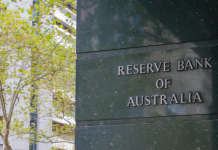