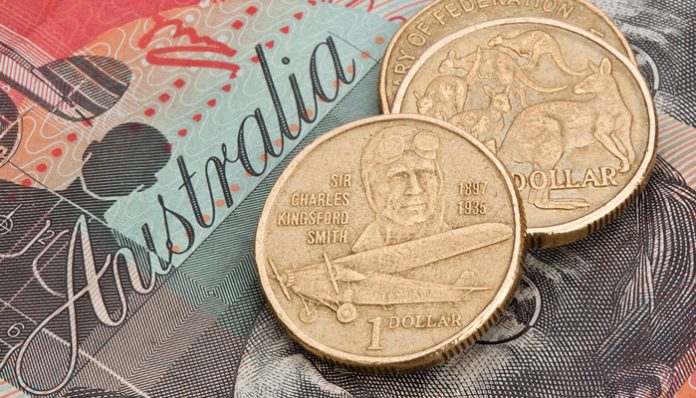 The GBP AUD exchange rate was -0.20% lower on Monday, ahead of PMI data for Australian manufacturing and services sectors.  Australia was inching towards a majority government for its new Prime Minister. The UK will also see PMI data on Tuesday and that will give a snapshot for the Australian and British economies.

The GBP to AUD weakened to 1.7715 and the pound is still seeing potential for further gains.

Will Australian PM cut ties with the Royal Family?

Anthony Albanese has started work as the Australian Prime Minister and questions have been raised over a potential referendum to remove the Queen as the country’s head of state.

His pro-republic manifesto doesn’t state any plans for a referendum, but an anti-monarchy organisation in Australia claimed the idea could be an option.

The Republic group tweeted: “Excellent to see pro-republic Anthony Albanese becoming Australia’s PM. There won’t be a referendum just yet as they’re rightly committed to first recognising Aboriginal people as the original Australians in the constitution. But a republic will happen.”

First up for Albanese will be the Quad summit in Japan and it will likely include discussions about developments in the Indo-Pacific, particularly China’s increased military activity in the region.

The Chinese Navy has been running drills in the south China sea as the country continues its focus on Taiwan, which it claims right to, and has vowed to take it back. A Chinese spy ship had also been patrolling Australian waters as tensions with Australia’s key trading partner sour.

“We will return on Wednesday and set about implementing our agenda, our agenda that received the endorsement of the Australian people,” the new prime minister said.

Australia will have retail sales data released later in the week and the PMI data will lead into that.

MPs turn pressure up on Johnson and Sunak over living costs

Senior Conservatives fear Britain is at risk of a prolonged economic slump because ministers are too slow to react to the cost-of-living crisis.

Boris Johnson and Rishi Sunak are being pressured by claims they do not have a firm plan to help struggling households with the party still well behind Labour in the polls. The election in Australia saw a Conservative government ousted after ten years and Sunak and Johnson should take note.

The Bank of England has predicted a recession by the end of the year as it raises interest rates to bring inflation in line from its current 9% level.

“The difficulty is when you have inflationary pressure in the economy – which is principally driven by gas – you have to be very careful about throwing more money on top of that situation because there is a danger that inflation will then be compounded, and prices will get out of control and you won’t be able to get them back within reach.”

But a former Cabinet minister said: “We cannot raise interest rates and tighten fiscal policy at the same time.”